How To Silence XBOX One Controller Buttons

You can do many things to silence Xbox controller buttons, such as using an elastic band and gamepad covers, applying proper screwing, and ensuring appropriate settings. The following are a few guides that will help you to silence the buttons on your Xbox one controller.

How To Silence Xbox One Controller Buttons? A Step-By-Step-Guide

1- Open Up Your Xbox Controller

Additionally, you should avoid puncturing the sticker because it can harm the button’s functionality. The best way to remove it is to use a screwdriver, attach an elastic band to the end, and then put it back together again.

While assembling the box, you should be aware that there are five security screws that should be handled carefully. You should not interfere with any of them if you do not want to cause damage to your controller’s structural integrity.

After opening up your Xbox one controller, there is an easy way to make Xbox controller buttons quieter by sticking an elastic band between the button and the plastic trigger of the controller. This is the most effective method.

In this way, any noises will be absorbed, allowing you to enjoy your gaming experience in a quiet and comfortable manner. Using the elastic band, stick it between the plastic trigger and the button, then cut the excess of the elastic band after it has been stuck.

The controller’s movement will be affected if you do not clean out the excess elastic band inside the controller. Afterward, you should test it to see if it is functioning correctly or not.

3- More Ways To Silence Your Xbox One Controller Buttons

As an example, elastic bands can fail to work with Xbox controllers due to their design; they don’t have enough space for the elastic band to pass through. Therefore, you should use alternative methods to silence the buttons on your Xbox controller.

Using gamepad covers is also an excellent way to fix the Xbox controller sound problem. Gamepad covers can be classified into a variety of types. In a similar way to how you cover your phone, gamepad covers are mainly used to enhance the controller’s appearance, just like your phone.

They come in attractive colors and designs that entice gamers to buy them. The majority of gamepad covers are made of rubber in most cases. Using rubber buttons will allow the noises produced to be absorbed and quieter.

Besides reducing the loud noise generated by the buttons, gamepad covers also help to enhance the device’s safety. When playing a game on a hard surface, the controller is more likely to break if you accidentally drop it.

However, with the help of a gamepad cover, the damage might only be minimal because rubber absorbs the impact and minimizes the damage. Hence, you should consider buying a gamepad cover for your Xbox controller to protect it from scratches and dirt.

Poorly screwed controllers are known for creating annoying noises when they are being played. If you are experiencing such problems, you will need to screw in your controller correctly to fix them.

Make sure that all the screws are tightened and that they hold the controller together by using a screwdriver. If you are unsure if you can do so independently, it would be best to seek professional help.

Gaming can be very uncomfortable when you have an unstable and shaky controller. The difficulties with characters will also make it challenging to direct them, and you will hardly be able to cope with the distracting noise.

For a better gaming experience, it is therefore essential that you screw in the controller correctly. You must remember that an Xbox controller has several security nuts that should not be tampered with.

Changing The Settings On Your Xbox Console

Consequently, you need to make sure that these settings correspond with your preferences before you make any changes. If you do not want the controller to make any noise, lowering the volume to zero could solve the problem.

Below is the most frequently asked questions related to this topic.

Is there a way to turn off the vibrations on Xbox controllers?

You can disable the vibration on your Xbox controller by simply going into the in-game settings. Game settings vary between Xbox consoles. You can turn off vibrations by following these steps.

Would it be possible to make my Xbox quieter in some way?

You can reduce the noise from your Xbox by installing games onto the hard drive instead of using a disc. This reduces the disruptive sounds your Xbox makes. Disks may produce sounds from rotating CDs. Besides the buzzing noise, the spinning has a very annoying sound as well.

It can also heat your Xbox console. Install your games directly to your console to fix the problem. Use the system to play them instead of discs. In this way, you will be able to eliminate the irritating buzz sound.

On hard drives, some Xbox consoles might not work. Before getting rid of your CD, ensure your console supports this format.

Is there a way to change the controller settings on the Xbox One?

By following the steps in the following guide, you will be able to change the controller settings on the Xbox One console.

Is it possible to remove the buttons on the Xbox One controller?

To remove the side handles of the controller, the controller should be gripped firmly to achieve this. Wedging a spudger into the seam between the front and handle plates will be helpful in accomplishing this task.

With the help of a spudger, you can alternate the motion of the tool back and forth, which will allow you to separate the side plate from the front plate. As a result, you will have to do this around the seam if you wish to do it along both sides of the side plate.

Does your Xbox controller have sticky buttons? If so, what is the?

In most cases, sticky buttons result from the combination of dirt and dust mixed with the natural oil produced by your hands, which is the most common cause of sticky buttons. As long as you have routinely played your controller for long periods, sweat and oil caused by running marathon gaming sessions will eventually transfer to your controller.

Often, when your controller is damaged, it is because it has been splattered with crumbs from food or drinks that have been spilled on it by accident.

It’s common for Xbox controllers to produce loud sounds. It is difficult to focus on the game because of the noise. Fortunately, you can fix this issue in several ways. Among them are elastic bands, using gamepad covers, screwing correctly, and ensuring the settings are correct. To overcome this issue, we have provided all the methods and guides you need to know. 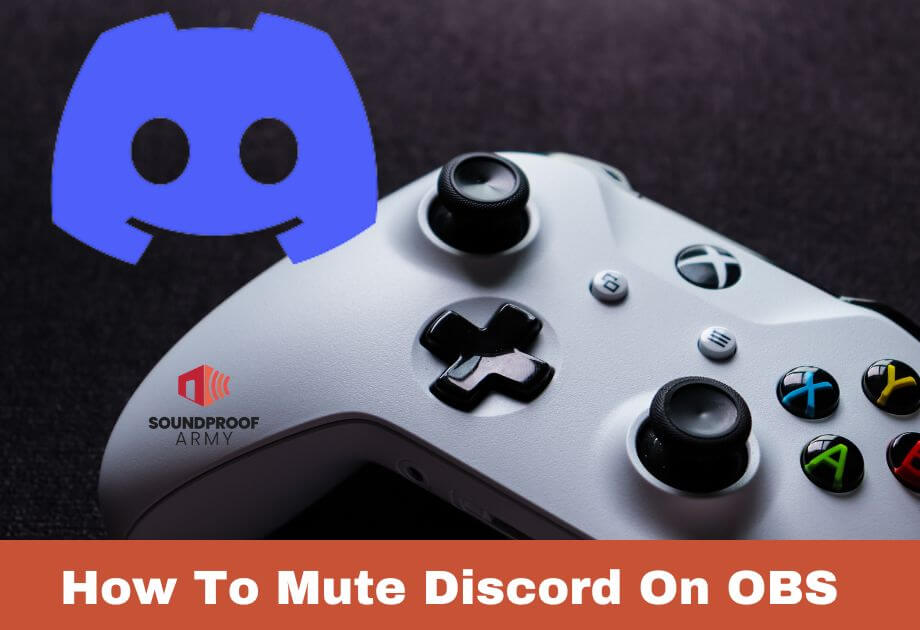 How To Mute Discord On OBS

One of the most widely used streaming programs is OBS Studio. Besides being friendly... 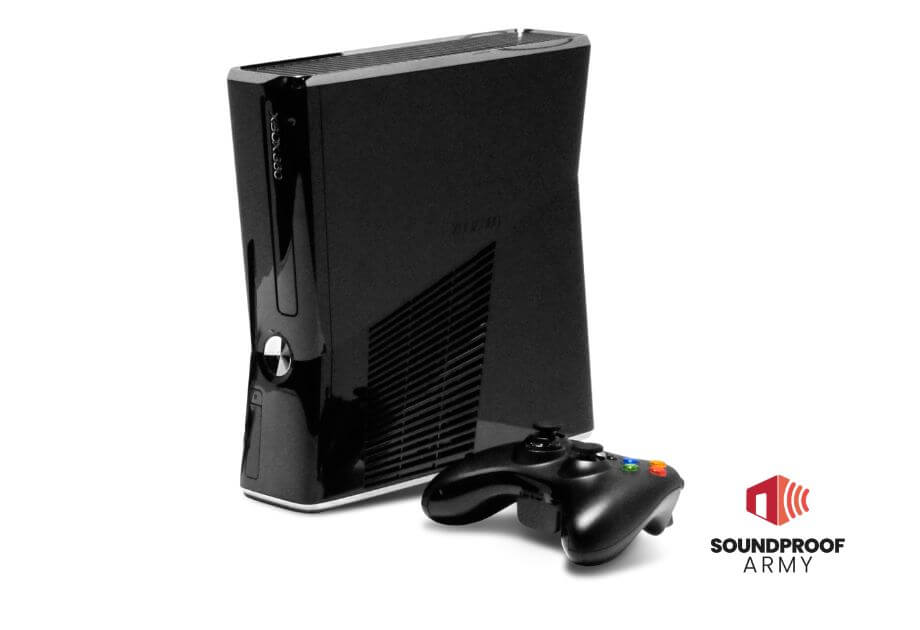 How To Mute XBOX Party Chat On PC While Streaming

Game streaming lets you play Xbox console games remotely from your console on any... 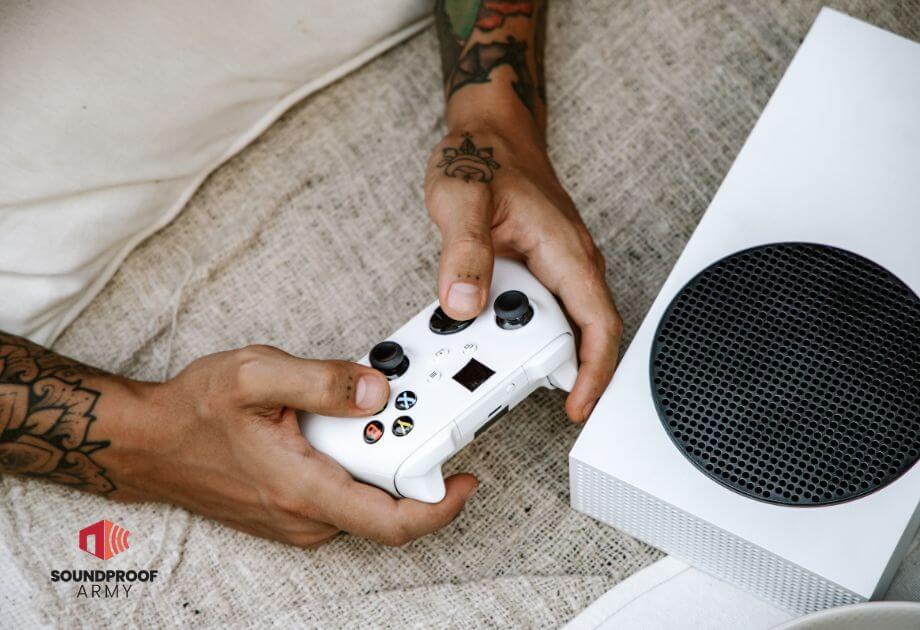 How TO MUTE XBOX PARTY CHAT ON OBS 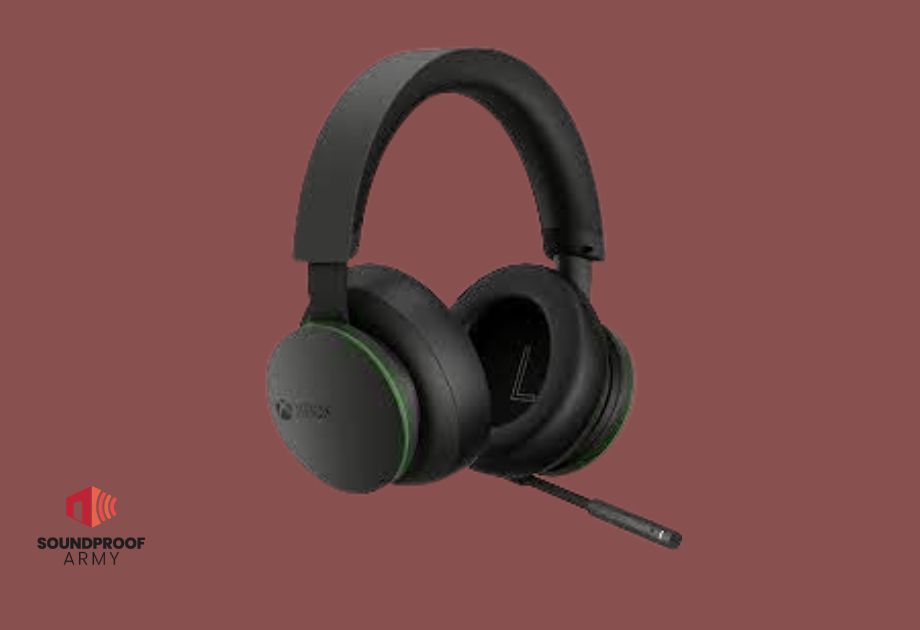 How To Mute XBOX Wireless Headset 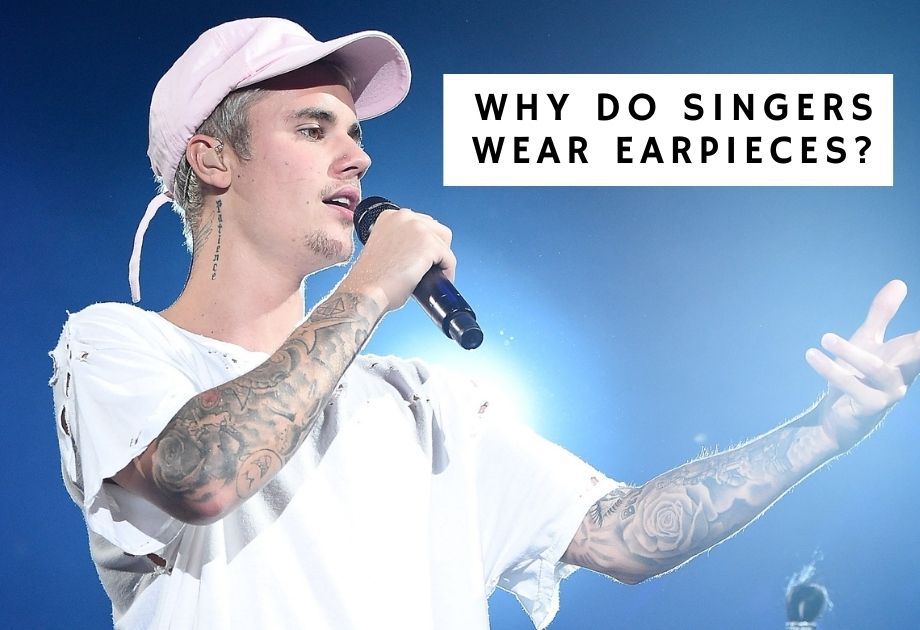 Why Do Singers Wear Earpieces? (What You Should Know)

What is the most important part of stage performance? Your voice, right? It would... 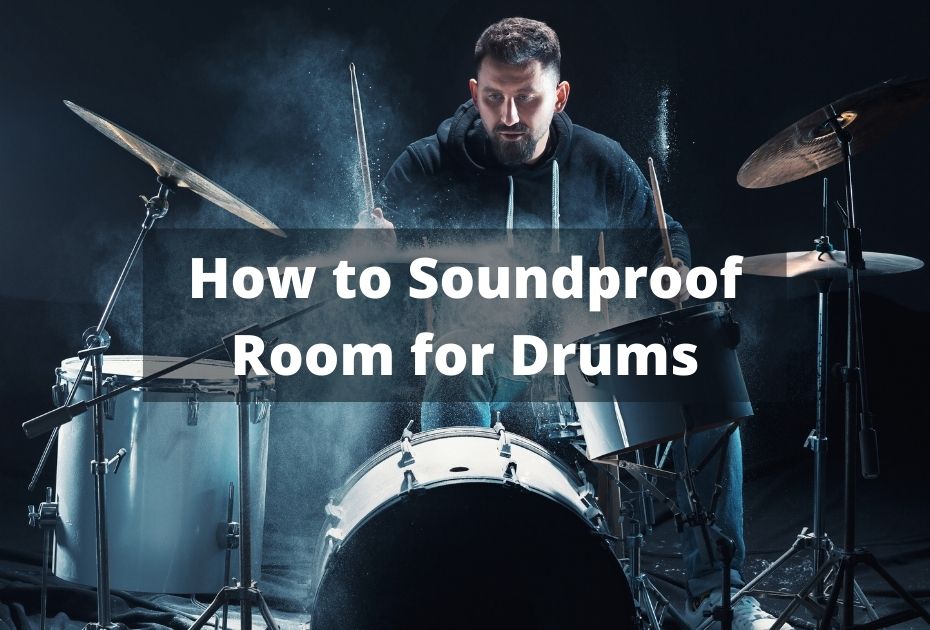 Drummers, sound engineers, and music lovers who need to practice their craft in the... 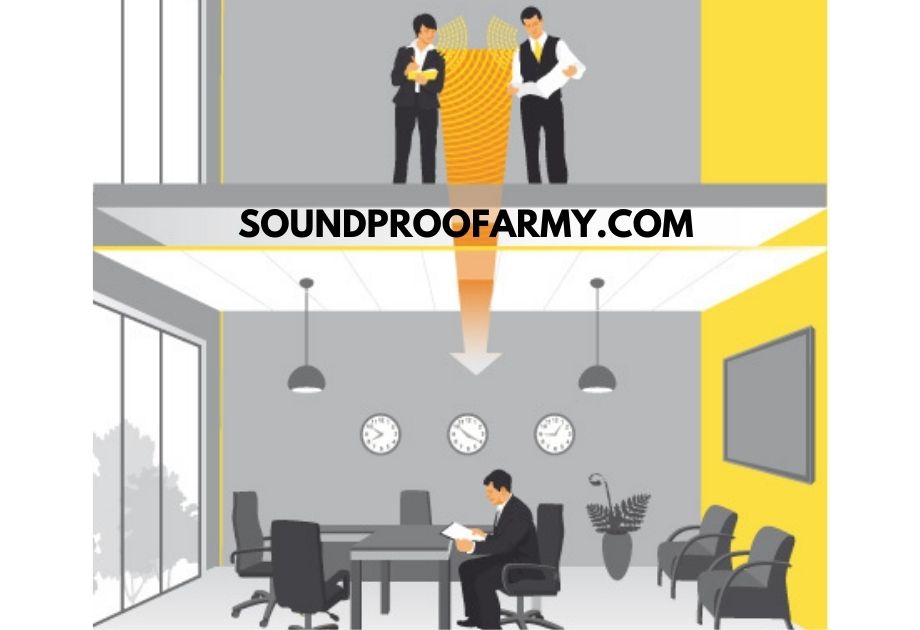 Does Sound Travel Up or Down? 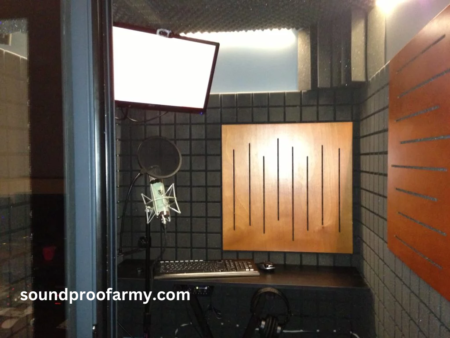 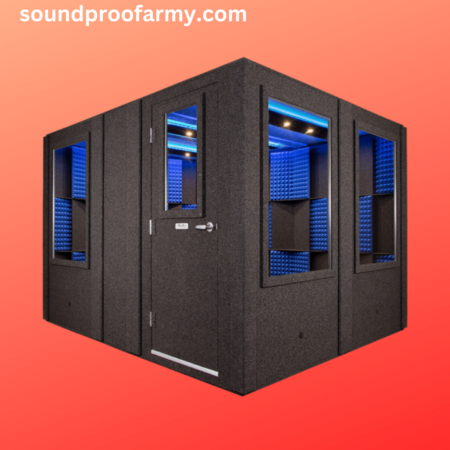 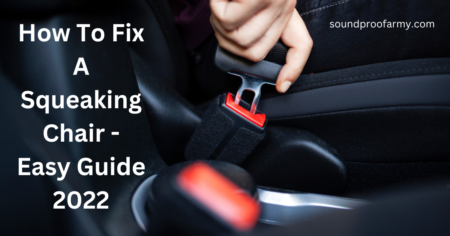 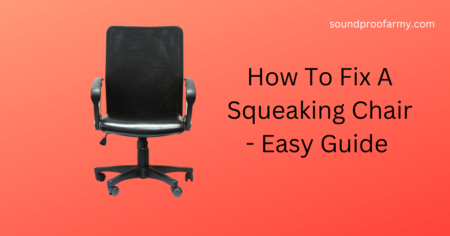 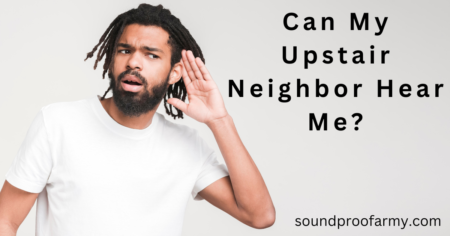 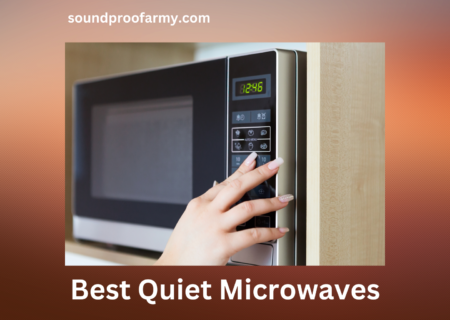 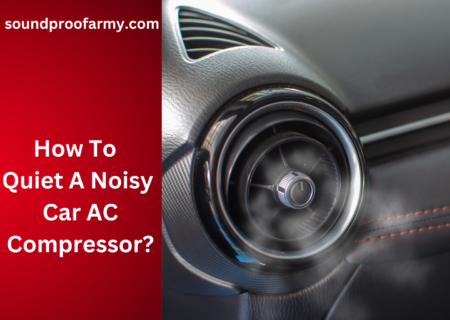 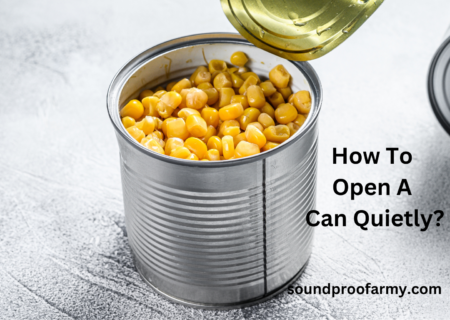